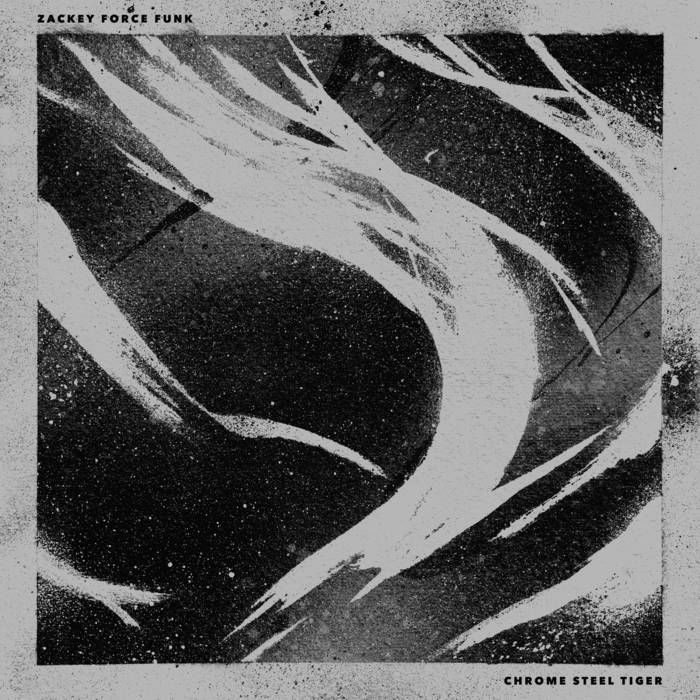 JAXXATRON This is one of the greatest things ever produced by humans. Thank you Zackey for the Magic!

whyfisucks. Something of an underground classic. The spirit of funk is alive well and truly, and ZFF's contribution to the funk universe is true and undoubtedly original. Favorite track: Hearts On Fire.

Nine new tales of blissed out boogie & modern funk-influenced beats featuring Zackey’s hauntingly sly vocals, guide the listener into a parallel universe of love, celebration, wisdom & heartache. Album highlights include a crowning collaboration with West Coast legend The Egyptian Lover on b-boy uprock “ON THE 1”, plus Zackey’s heartfelt homage to Eric Garner on “I CAN’T BREATHE”, which struggles for peaceful reconciliation in an otherworldly resting place. Production duties are laced by Tom Noble, Josh Jetson, Portland’s Brian Ellis, plus Loos Shus, RND1 and Zackey’s most recent collaboration with XL Middleton & Eddy Funkster on the single “HEARTS ON FIRE”.

First discovered by Kutmah back in the golden era of Myspace, Zackey's signature "Force Funk Sound" swiftly grabbed the attention of a number of formidable producers. Collaborations followed shortly after with the likes of Salva, Lazer Sword, Lorn, Mike Gao, Inkswel, Jellphonic, Daedelus and B. Bravo, as well as forming the group DEMON QUEEN with Tobacco. As these tunes were scattered across various labels, finding their homes on their respective collaborator's projects, ZFF continued to hone his style, delving deeper into the psychedelic future funk realm of which he has created for himself.

The release date for “CHROME STEEL TIGER” is November 2nd, 2015 and is available on metallic silver colored 12" vinyl distinctly housed inside a hand-screenprinted jacket by HIT+RUN Crew (a strict edition of 500qty) featuring the cover art of UK graffiti legend SheOne. The album is also available on limited-edition cassette tape (only 100qty made) and via digital downloads worldwide.